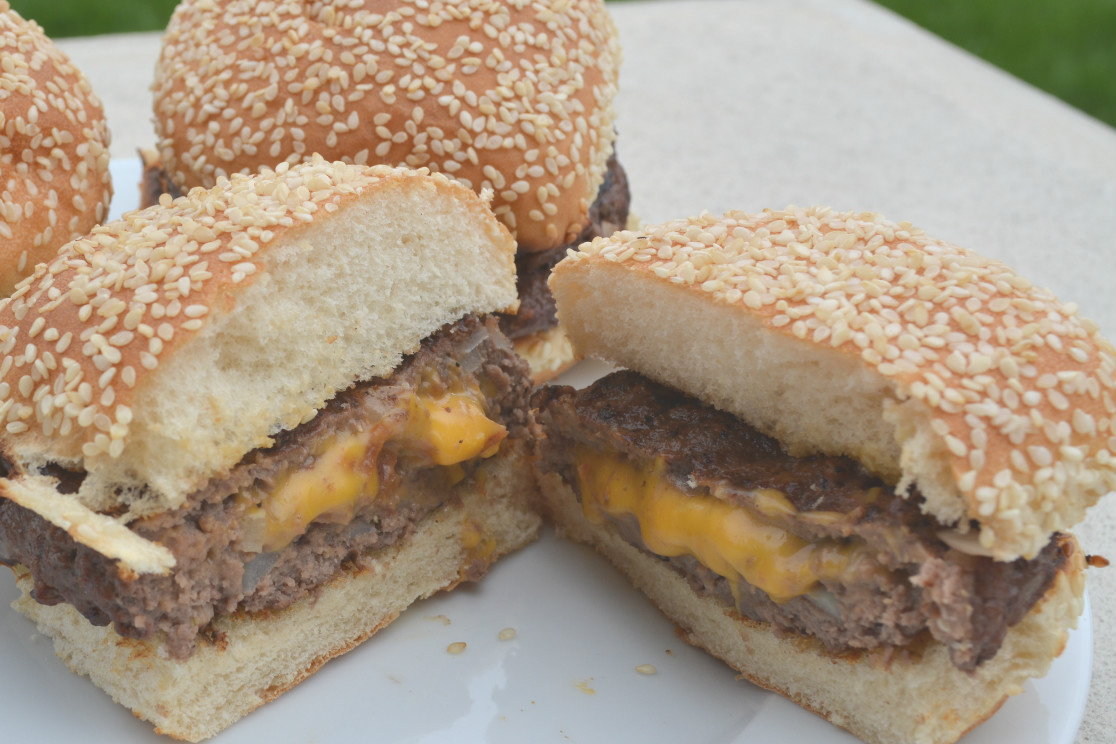 Warmer weather has arrived, and it’s time to fire up the grill. Did you know that using the grill is more efficient than using the stovetop or oven? Not only are you saving energy in the kitchen, but you’re also not adding extra heat to your house. It’s a win-win. Most importantly, it’s delicious!

I’ll be making stuffed hamburgers. If you prefer, you can use turkey, chicken or veggies as well. There are so many options.  Stuffed burgers offer a variety that will keep your family satisfied and never bored.

Preheat the grill and season the meat to you taste. Today I’m using a dash of Worcestershire sauce, salt and pepper.

Portion out each burger and then divide each portion in half.

Flatten each half into a thin burger patty. Roll the edges up on one half to resemble a small pie crust.

Place your favorite goodies in the half with the rolled edge, and then place the other half of your meat on top. Seal the meat shut. For this recipe, I used cooked bacon and cheddar cheese.

Cook through and enjoy the ooey-gooey deliciousness.